A downloadable game for Windows and macOS

„Cleo - a pirate’s tale“ is a Solo Developed Retro Pixel Art Pirate Adventure with a lot of nostalgic flair, humor and a linear story, inspired by the old Zelda games and the classic LucasArts adventure games.

The game was successfully funded on Kickstarter in 2020. The release is planned for  late 2021 with full voice acting in English and German.

For everyone, who loves the charm and innocence of the old gaming days - for everyone, who chooses wacky dialogues and clunky pixel art animation over multiplayer-raytraced-weatherdynamiced-branching-endings - for everyone, who is still wondering what "Big Whoop" really is, or knows a guy, who sells fine leather jackets... I am making this game for you!

And I promise you: I will do everything I can, to make Cleo a game you will love for what it is: A small, simple game project, by a guy, who put his heart into it.

„What is the most important part of a story?“

Cleo is a 14 year old cynical girl, living a repetitive life with her father in a bar. She knows everything about the epic adventures of pirate legend Captain Cabeca, but in her everyday life, she is just surrounded by boring fishermen and unsuccessful pirates, hanging around at the counter. But when Cleo finds a strange pirate-logbook and sees a ghost, who gives her a mysterious hint, her boring life is about to get turned upside down. She is thrown into a dangerous adventure and finds herself in a world of lies, deceive, greed and bad breath - the world of pirates - and most of them are looking for the same thing:

THE TREASURE OF ETERNAL MEMORY.

"Kraken Fodder" is a mini game inside the game.

It is a card and dice game, which is taken pretty seriously among fishermen and pirates. One round takes about 5 minutes and the game is about destroying your opponents card deck with canon balls. HAHAHAR!

Throughout the game, Cleo has to play this card game against a few NPCs.

WINDOWS: Your Antivirus may check the file for a minute. After that you should be fine to install it. If the Setup doesn't work for you, you can also download the zipped game files and start the game directly without installing.

MAC: If the game doesn't start because of an "unidentified developer", you can open the application like this:

You will need a Keyboard & Mouse (no trackpad) to play the demo.

This game is a lot of fun and I can't wait to play the full version, very well done!

Looking forward to this game! The demo was great.

This game has amazing charm

Is this your first game? No way right?

How long did this demo take you?

The demo is amazing, really looking forward to the full game! Also a bit sad that I missed the kickstarter campaign. Hope that the controller will be completely compatible with the full game. And the card game's rng is a bit harsh but that's fine, I won on my 4th try x)  Also, I love Cleo, she is so cute, cool and irreverent. Keep up the good work and have a nice day ^^

Well, that was super fun, and legitimately a bit challenging on my brain. I'll definitely keep up with the project!

That was amazing! thank you so much for the great experience, amazing job on the puzzles! loved every second, keep at it!

I'M NOT SCREAMING YOU'RE SCREAMING

Hey Chris! I've just discovered your project and I'm so so so sad I couldn't find it during the Kickstarter campaign, I'd backed it IMMEDIATELY. I'm addicted to pirates history, I'm totally crazy for them, and I'm always starving to find new stuff, books, movies, expecially videogames. Your project looks AMAZING and I can't wait to play it!

I'm an illustrator and concept artist and I'd love to reach you more directly to ask you something. Can I send you and email somewhere? I can't find an address.

Thanks a lot and good luck, I'll look forward to buy and play the game at the day one! :D

Looking forward to it!

It was a really nice game, the story and art were amazing and the soundtrack just fits this game, although you could make Kraken fodder mechanic more intuitive

This is truly wonderful. I too grew up with Guybrush and his antics and fondly remember the humor of Day Of The Tentacle and of course enjoyed the mystery Broken Sword series. There is certainly still a place for these adventures today! Thimbleweed park most recently shows us this.

Congratulations on all you have acheived so far. For one man, the quality of this output is superb!!

I cannot wait to see more and am firmly strapped in for the journey. Off to back now of course :)

My channel is very new and i've just started my journey on YouTube but I will certainly highlight this swiftly before the campaign ends - if it get's you one more backer it will have been worth it!!

This game looks so amazing I know I was going to back it the moment I saw the trailer. I love the cartoony pixel art, brilliant dialogues and cool popculture references. Also, the Kraken Fodder game is a very nice addition, not just a boring feature. It is fun to play! And the music. I'm so hyped for the game (and its full sountrack) that I bought the game + soundtrack immediately after playing the demo.

One thing though, I think the puzzles would be more fun if there would be less tips. I figured the Kalimba puzzle myself, but I think Cleo would be even better if the player would need to think a bit.

TL;DR a superb and unique game demo. Can't wait to get my hands on its full version in 2021!

I believe this is the first time I feel so confident when backing a Kickstarter project! This game looks so promising. Good luck and have fun!

Sorry, but the mac version has a bug :

Thank you for your interest in the game and your feedback. What is the bug?

I can't click on the lyrics of that instrument that plays music, so i can't get past that part :(

I can't click on the keys of the kalimba either. I'm playing on an LG Gram 17 laptop that has Windows 10 installed on it. I don't have a mouse, so I'm using the laptop trackpad. I press on the bottom right corner, and the kalimba pops up, but then it disappears right away.

I have the same problem. Pity, cuz it looks cool.

Edit: Ah! I need a mouse it seems. No trackpad.

Thanks for figuring that out. I guess a trackpad isn’t meant for games where you have to right click.

Is to good to be real. The sounds are beautiful and the estetic. 10/10

Sweet pixelart, and a nice intro to the world... such a teasing end of the demo though. :) Good luck with the KS campaign, less than 2500 Euro to go.

Thank you so much for this experience!! I love the funny characters, the piraty atmosphere and OMG the soundfx and soundtrack - it really gives a „Monkey Island“ feeling!! Very cool!

I also like the card game ‚‚Kraken Fodder‘‘ - the design of the deck is just awesome!! I will definitely pledge for this card set! I am sure this project will be a great success! Good look with that!

Keep up the good work !

What a wonderful game you've made. I completely love it and I'm sure everyone else will as well. As an aspiring designer I take my hat off to you. Just amazing.

Thank you so much for this comment! It really means a lot to me and I am so happy you enjoyed the demo! =)

When you said you promise to make Cleo a game whom player will love, you nailed it. I am in mad love with Cleo now. The plots are really interesting and smooth, it brings back the nostalgia of old school game, yet at the same time it is infused with modern game ideology.

I really want to bring out the parts that made my heart flutter:

- The animation of Affonso & the shrimp head are killing me, they're so CUTE

- The facial expression of every character is so on point, it felt like I was literally participating their conversation and the emotions are surreal

- I am fascinated by the deck game Kraken Fodder, did you came up with the idea (omgomgomg)

- The ending got me so hyped, me now exited

Wow! This comment makes me so happy!!! Thank you, thank you, thank you! I really love working on this game, but from time to time, I also get scared, if I get it right. I love the old gaming days - and when I read “it brings back the nostalgia of old school game, yet at the same time it is infused with modern game ideology” you put a huge smile on my face. I’m so glad you enjoyed the demo and your comment motivates me even more for the further development of “Cleo”!

Indeed, I came up with the idea of Kraken Fodder on my own. I had the idea of creating a small game-in-the-game very early, because I always loved playing “Gwent” in “The Witcher 3”. Over time “Kraken Fodder” became more and more important for the gameplay and I can tell you, that it will be very story relevant later in the game. ;)

Again: Thank you very very much! 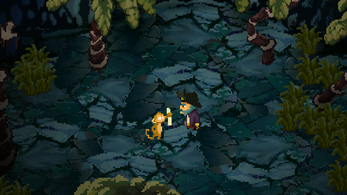 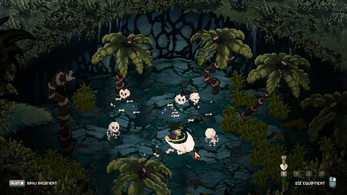 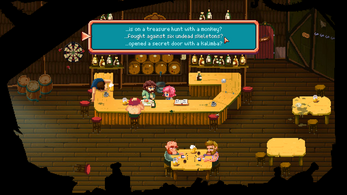 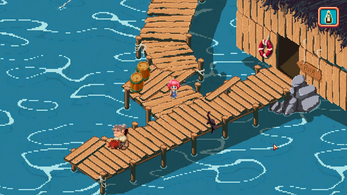 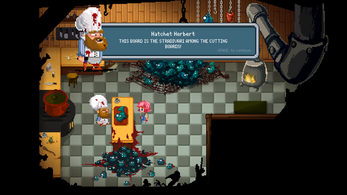 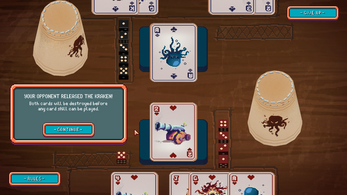 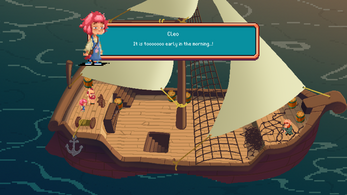 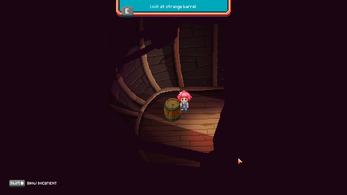 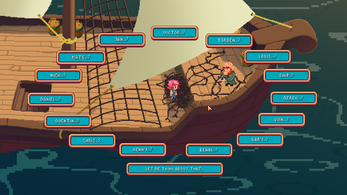 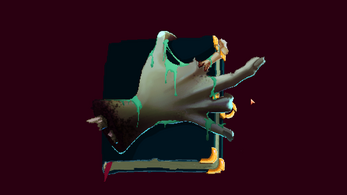